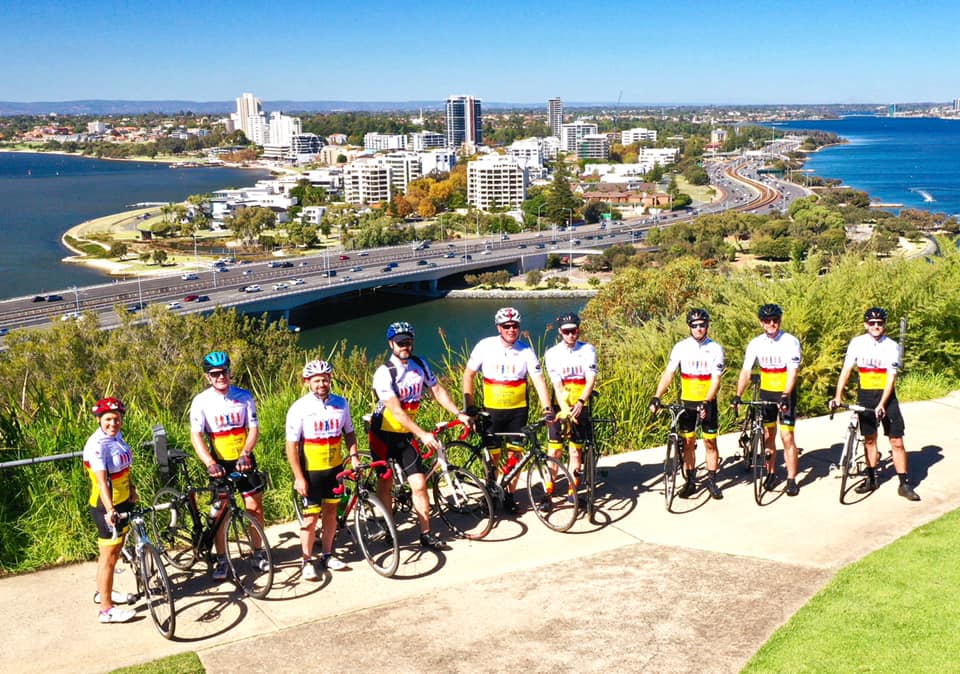 The 5-day long distance cycle event, 6-10 May 2019, is aimed at raising awareness for Post-Traumatic Stress Disorder (PTSD), depression and other mental health conditions experienced by Emergency Services & Defence personnel sustained in the line of duty.

The race will have riders experiencing routes throughout Regional Western Australia while also creating an open platform for sharing personal journeys of overcoming and addressing mental struggles.

As bicycle and cycling enthusiasts, we know life has its ups and downs and we understand the importance of supporting and encouraging one another along the way. Despite anything you might be facing, getting on your bike means setting your destination, looking ahead and conquering the challenge.

Meet Ride Alongside Director & a few of the Ambassadors:

Rob (Ride Director)
Rob served as a police officer with WA Police for almost 30 years, spending most of his career on the frontline. It gave him an innate sense and value of teamwork. Rob came up with the concept of Ride Alongside in 2017 while planning to go for a week-long bike ride somewhere in the countryside. Together with Ride Alongside Ambassador, Jason Barnes, they took the concept and built it up to the event that it is today.

Tara (Ambassador & Rider)
Tara became a police officer in 2007 as she loves having a positive influence on people’s lives. 2008 was a tough journey as Tara lost her baby daughter Polly. Exercise helped give her focus and a reason to get back up and carry on. To this day, riding keeps her strong both physically and emotionally. It also enables her to continue making a positive difference in people’s lives. That includes supporting her friends and colleagues experiencing PTSD and depression. She wants to create awareness by sharing her story with others to encourage them to speak up and this is why she Rides Alongside.

Jim (Ambassador & Rider)
For Jim being involved with Ride Alongside has opened his eyes to how many of his colleagues struggled with PTSD and other mental health issues. Ride Alongside also allowed him to look after his own mental health and focus on getting more active!

Velosure has been getting people back in the saddle and recognises the power of cycling to heal and restore.